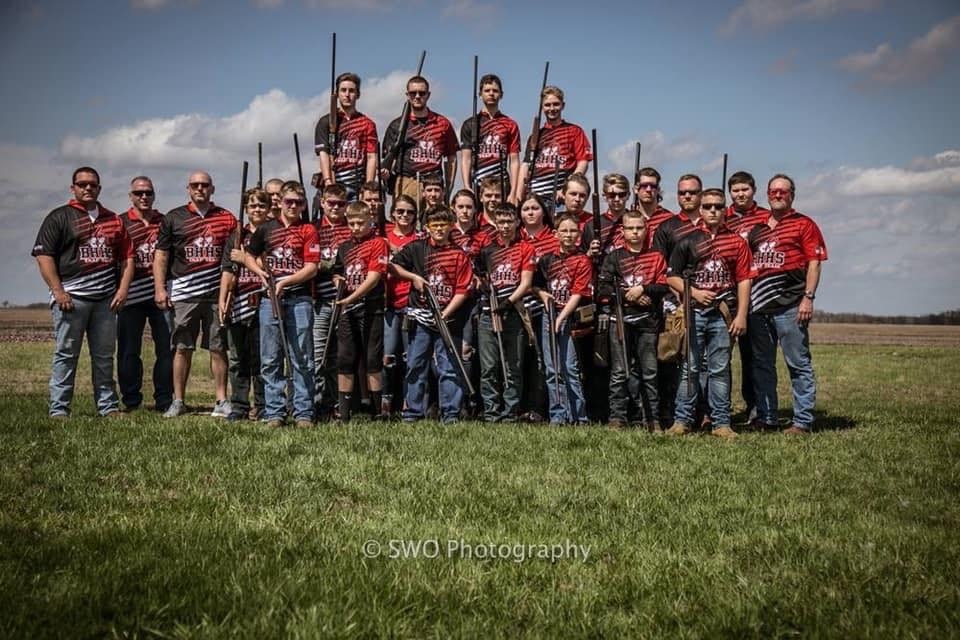 BHHS Trap Team is amidst its 3rd season.  Established in 2017, we have grown to a team of 24 students from Bunker Hill grades 6-12.  In 2018, 531 students participated in the Illinois State High School Clay Target League.  Participation increased to 794 in 2019.  BHHS Trap Team added a skeet team this year which is the first year skeet has been offered through the League.

Athletes will compete individually and as a team against the other 37 Illinois Schools at the ILSHSCTL State Tournament at Brittany Shooting Park on Saturday, June 1st, 2019.  All are invited to attend and support BHHS.

Members of the BHHS Trap Team are listed below along with the grade they are in.