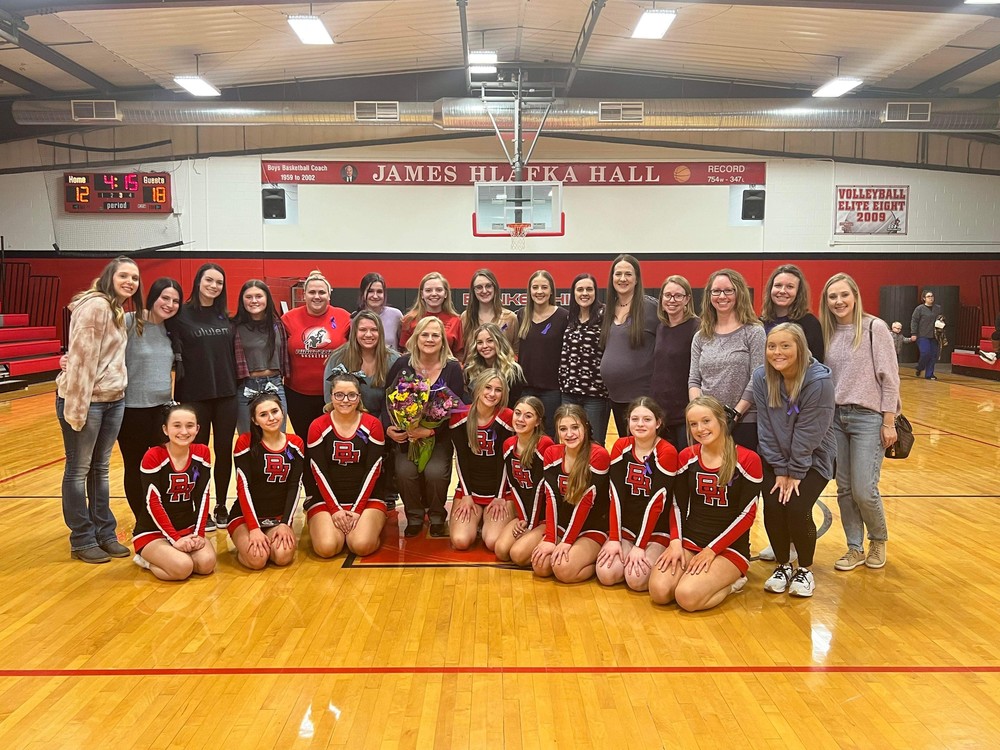 During halftime of last night's boys' basketball game, Theresa Owen was honored for 20 years of service as our BHHS cheer coach.  Throughout those years, Theresa was assisted by several great assistant coaches.  They include:

Theresa has coached over 75 student-athletes throughout her 20 years.  Several of them have gone on to cheer in college and compete on the national stage.  Theresa has also organized a successful cheer clinic each of the last 20 years where young girls join the cheerleaders in performing new cheers and dances.

In 2008, Theresa started a competition squad.  The squad competed at many ICCA invitationals, went on to compete at ICCA Championships 7 times, qualified for IHSA state 5 times, and won IHSA sectionals in 2014.

Throughout the past 20 years, Theresa dedicated countless hours and grew to love each cheer squad in their own way.  Although the decision to hang up her pom poms has been a difficult one, we are grateful for the hard work & devotion she has given her cheerleaders, the school, and the sport of cheerleading.  Congrats to Theresa and we wish her the best!