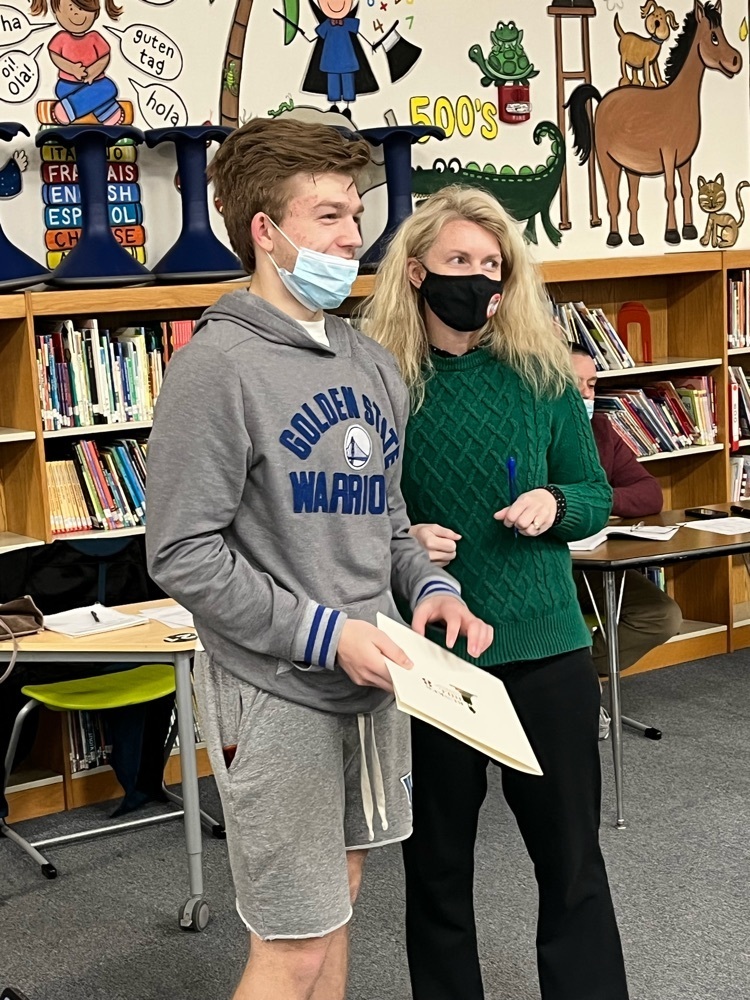 Grant Burch Receives Board Recognition
Ms. Ronen
Saturday, January 29, 2022
Grant Burch had 4 treys in one game at the Carlinville Holiday Tournament and set a new tournament record with 17 3-pointers.  The previous record was shared by Nick Price of Gillespie in 2016 and Christian Burnet of Bunker Hill in 2008 with 16.  Grant was also named to the All-Tournament team.  Grant Burch can be seen working on his game almost every day and night at BHHS. He is a great role model for others teaching them that hard work and dedication pays off. The Bunker Hill School Board recognized his efforts and accomplishments at the meeting on Thursday, January 27th. The Board encourages everyone to support the Minutemen and other Bunker Hill athletes by attending a home game.